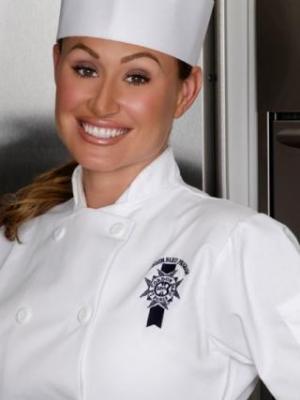 Amanda Marr grew up a very modest life in East Texas before she burst onto the Hollywood scene planning over the top events and the ultimate in dinner parties for who’s who and celebrities. She has a Southern charm that is remarkable and pays extreme close attention to detail in events that she is hosting both professionally and personally.

Food has always been her passion and years after owning her event planning company Asquared Events she went on to attend Le Cordon Bleu to acquire her culinary credentials. She then became a part of The Dolce Group in Los Angeles and was a part of Ketchup and Dolce restaurant. She was on the Food Network’s Cutthroat Kitchen in 2013. Amanda is currently living in Los Angeles and is composing a series of cookbooks based on her love and life experiences.