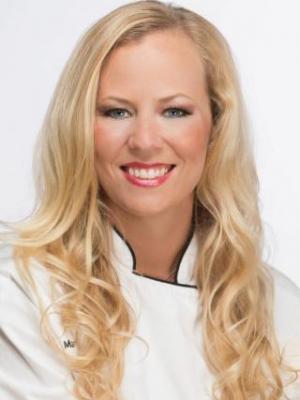 Beauty queen, award-winning baker and grill master are all extensions to her title, making Linkie Marais more than your average chef. With a love for exploring, cooking and the outdoors, her ‘will to grill’ stems all the way back to her unique blend of South African and Southern roots.

Born in Evander, a town in northeastern South Africa, Linkie was raised in the kitchen, helping her mother prepare meals on a daily basis. With a lack of abundant fresh ingredients, she inherited her mothers creativity, utilizing whatever they had available to create fresh and original meals.

After immigrating to the U.S. in 1994, Linkie and her family settled in Tupelo, Mississippi where she began her culinary career piping cakes for a local catering company. Upon obtaining a degree in Culinary Arts and a minor in Food Arts from Mississippi University for Women, Linkie's career took off as she held various pastry and executive chef positions in Oxford, Mississippi before making the move to Massachusetts’ acclaimed Montilio’s Bakery.

Years later, Linkie decided to venture out on her own and accepted the opportunity of a lifetime to compete on Food Network’s hit series “Next Food Network Star” in 2012.

“My experience on the show can only be described as ‘crazy.’ It’s like driving a fast car—fun but unpredictable. It forced me to push my limits and take my creativity to a new level,” Marais said.

It is only natural that this outdoorsy, fun and energetic chef spends her weekends hunting, camping, and debating with her South African husband, Jannie, over who gets to do the grilling.

“But ultimately, I’m always in the kitchen," she said. "That is where I spend not only my work time, but also my free time. Cooking is my therapy.”