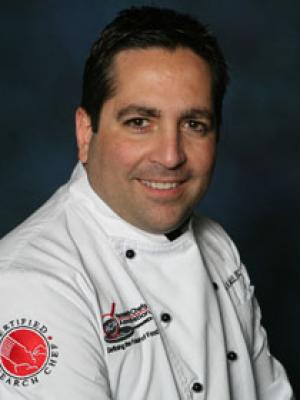 His career in foodservice began at home as a teenager in the late 1970's when his family opened a small market specializing in Mediterranean foods, Steve's Backroom, in Detroit, Michigan. The family business made a big impression, and before long the small bakery expanded into a new kitchen and warehouse facility. In time, Stephen became involved in the superb brand and product development that today encompasses a wholesale and retail grocery business, as well as two dine-in locations. As manager and later as executive chef of Steve's Backroom, Stephen managed the restaurant, wholesale, and catering kitchens and was integral in developing new food products and increasing sales by nearly 200% for the family business.

His experience at Steve's Backroom led him to California in 1997, where he expanded his knowledge of food, flavors, and menu development for casual dining as chef de cuisine for Culinary Research and Development at The Cheesecake Factory. Stephen developed new recipes and procedures for the restaurant, designing variations on traditional and popular dishes. He also was instrumental in the opening of many the company's new concepts including The Grand Lux Cafe, The Cheesecake Factory Bakery Cafe, and The Cheesecake Factory Express.

In 2002, Stephen's expertise in menu development brought him to Chili's Grill & Bar (Brinker International), where he worked as Director of Culinary Innovation.

In July of 2007, Stephen joined PepsiCo and Frito Lay as their first ever corporate chef. In his role, he leads and inspires product development through the application of Culinology - the blending of culinary arts and food science and technology. Stephen and his team were instrumental in designing a rigorous and efficient process of integrating culinary design with consumer insights, food science, technology and marketing. This process has been come to be known as "iCrave" and is responsible for delivering over 500 million dollars over 3 years to Frito-Lay North America, with 15% incrementally.

Stephen serves as president of the Research Chefs Foundation and is past president and strategic advisor to the board of the Research Chefs Association (RCA) for which he received the President's Award in 2011. He is also a member of the American Culinary Federation (ACF.) He has been honored as a Distinguished Visiting Chef at Johnson & Wales University and has been featured on the Food Network's Unwrapped, and in publications such as The Wall Street Journal, The New Yorker, The New York Times Culinology, Flavor and the Menu, QSR, Nation's Restaurant News, and Prepared Foods and presents at major industry events on the topics of Culinology and food product development.