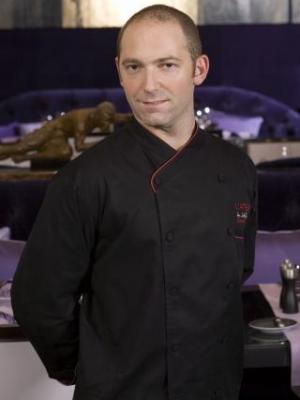 Steve Benjamin was born in Paris where his initial passion for cooking was ignited by morning visits to the farmer’s market with his father. Although he was not a professional chef, Benjamin’s father loved to entertain and often hosted dinner parties, using the items purchased at the market to create delicious cuisine for invited guests. Inspired, a young Benjamin began to imagine all the dishes he could create.

At only 14 years old, Benjamin began volunteering as an apprentice at a local restaurant near his hometown. Encouraged by his father, he went on to study French cuisine at Chambre du Commerce du Val d’Oise, where the promising chef ultimately earned two culinary degrees.  While in school, he worked in the kitchens of La Cabouillet and the Paris International Golf Club gaining experience as the garde manger, which included managing the meat and fish stations as well as the pâtisserie. He later worked at Le Celadon, a Michelin-starred restaurant, as the Commis de Cuisine.

After serving in the French military as a private chef for the Division General, Benjamin held consecutive Chef de Partie and Maitre Saucier positions at Les Béatilles, Drouant and Le Relais Sevres, all Michelin-starred restaurants in Paris.

In 2002, Benjamin served as sous chef at the Astor Hotel in Paris where he was skillfully trained by “Chef of the Century” Joël Robuchon. In 2003, Robuchon recruited him to open L’Atelier de Joël Robuchon in Paris.

In 2005, Benjamin moved to Las Vegas to open L’Atelier de Joël Robuchon at MGM Grand as executive chef, where he enjoys experimenting with the finest ingredients to create new dishes.