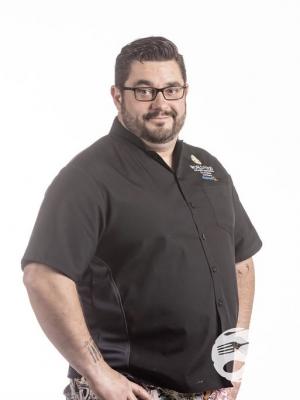 
Calvin has worked in the field of culinary arts throughout coastal south Mississippi for the past 27years and has honed his skills at many establishments during that time. He is now the Head Chef at the Dockside Deli at the Island View Casino specializing in Creole-Cajun and Southern cuisine focusing on fresh soups, salads, sandwiches, and seafood. Over the years he has won several competitions for his talent in cooking, fruit/vegetable carving, and ice sculpting. Chef Calvin has served as Sous Chef to Chef David Crabtree at the WFC in the seafood category placing 3rd in 2018 and 4th in 2019. In 2021 placed 14 in world soup competition.