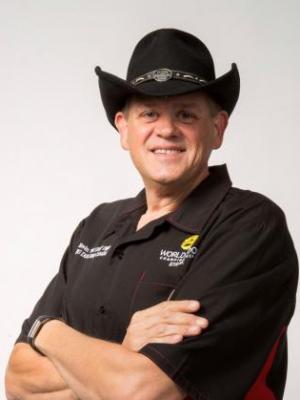 
Kevin "BIG DOG" Legge began his pursuit of BBQ and Competitive food out of the desire to eat more and better food! As a BBQ judge that was the start, but soon the dark side bit the DOG and he was away to cooking competitions near and far. Jack Daniel's BBQ Comp with Canadian Champions Prairie Smoke and Spice 2013, 2016 and 2018, then World Foods, 2014 Burger, 2017 Steak and 2018 Steak. Now the DOG is coming home to WFC to start back where it began in BURGER 2019! Also seen winning SCA Steak Competitions in Canada, Europe and the USA. The BIG DOG is off the leash and running to WFC 2019 and he is ready to BARK! In his Journey to Eat more Steak, Burgers and Bacon the BIG DOG has made healthy living and eating his priority...The two can live together and you can live better! BARK BARK BARK!