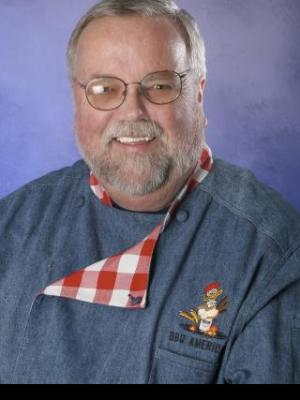 
PUBLISHING/ BROADCASTING: Rick is a renowned barbecue pit master, chef, journalist, photojournalist, author, and TV cooking show host, who has traveled the world on assignment for consumer, travel, news and airline magazines. He currently is an instructor on Grill Master University, a cavetools.com online cooking course. Rick conceived of, created and was the Editor-in-Chief of Barbecue America Magazine, the nation’s first and only national magazine devoted to barbecue, grilling, outdoor cooking, barbecue competitions and the barbecue industry. He was also the creator, host, and executive producer of public television's popular Barbecue America TV series (described as the first cooking and travelogue series highlighting America’s and the world’s outdoor bbq & grilling culinary landscape), which ran for 91 episodes, and in its seventh season, was aired on more than 230 public TV stations nationwide. The last two years of the series involved travel and taping shows in 26 countries. He has also conceived, co-produced and hosted two seasons of the Outdoor Channel’s cooking and travel show: “Ready, Aim…Grill, aimed at hunters and fishermen nationwide. Previously he has authored 16 best-selling cookbooks about barbecue, grilling, outdoor deep-frying, and smoking. Currently he was asked to update his Frequent Fryer Cookbook for Lyons Press, and his 1,001 Best Grilling Recipes sold out its first printing and was just re-released in an updated and re-designed 2nd edition. He has books on Barbecue Desserts. Sous Vide Meets BBQ, and BBQ Seafood, in the planning stages. Rick’s most-recent book A Century of Restaurants, profiles 100 of the oldest restaurants in America, each between 100-300 yrs. old, was released in late 2013. Rick personally visited all 100 historic eateries in 46 states, a two-year journey of over 64,000 miles. He is one of only 26 individuals in the world who has been awarded an honorary Ph.B. (Doctor of Barbecue Philosophy) by the Kansas City Barbecue Society – the world’s largest barbecue association. Rick has made numerous appearances on Regis & Kelly, The Today Show, Good Morning America, CBS This Morning, CNN, Fox Friends and dozens of local morning TV shows around the country. CULINARY: He has been invited as a guest chef to major food and wine festivals across the US including: New Orleans Wine & Jazz Festival, Charlotte Shout Food Festival (6x), Charleston Food & Wine Festival, Memphis in May World Barbecue Championships (4x), Atlanta Food and Wine Festival (2x), National Restaurant Association Expo (Chicago) (2x), IACP (International Association of Culinary Professionals) annual conventions (SF and New Orleans), The Home, Hearth BBQ & Patio Show (Las Vegas), The National Fiery Foods & Barbecue Show (3x), and the San Francisco and New York Fancy Foods Shows. Rick has shared the stage with five-star chefs (including Martin Yan, Sarah Moulton, Chef Jet, Wolfgang Puck, and Anthony Bourdain) at the Charlotte Shout Culinary Experience before 1,000 people, cooked a barbecue luncheon at New York’s Tavern on the Green for three dozen of the country’s top food editors, prepared a 4-course barbecue luncheon for 140 media and corporate guests of Char-Broil at the National Hardware Show in Chicago, cooked up a whole hog for 40 food editors at Hill Country Market in Manhattan, prepared a bbq luncheon for 200 employees of Bush Beans at their annual sales meeting in Knoxville, and grilled up tasty Que for media and the public in Charlotte, N. C., San Diego, CA, and Jacksonville, FL, at three Barbeques Galore store openings.