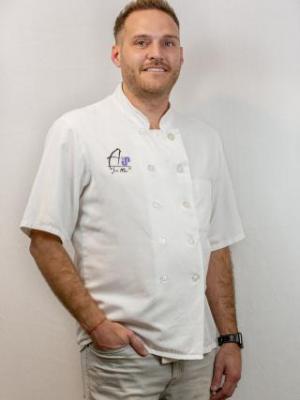 
As a rookie competitor in 2019, Justin Miller impressively placed 7th in the World Recipe Competition! Chef Justin jumped in to the public spotlight when he was announced as the opening Executive Chef for-the-highly anticipated opening of Anthony's Chophouse and it's sister restaurant 3UP Rooftop Bar in Carmel, Indiana. After honing his skills in the private club market for over a decade, Justin is amongst the best in a young and inspiring Indiana food scene. Justin is proud to be a member of #TeamIndiana and to be representing the Hoosier state alongside his chef teammates for the second time at #WFC. As a Food Network winner on Guy's Grocery Games he is excited to test his skills at WFC, 2020. As he is now