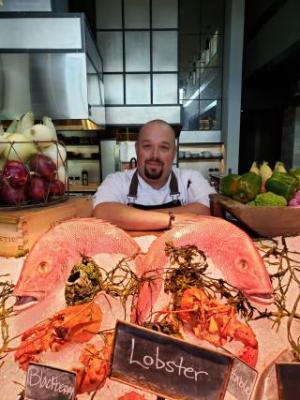 
With parents in the restaurant industry, its no surprise that Jason developed a passion for culinary arts. At the age of 12, Jason spent his time stuffing jalapenos in the back kitchen of his family-run restaurant. After a short hiatus, Jason returned to the restaurant business in 2006 and opened 4 different concepts in 3 years, ranging from casual Mexican fare to Japanese cuisine. His culinary journey eventually led him to Brenner's Steakhouse which won Best Steakhouse in Houston in 2018. This is where he created dishes to compliment the time-tested recipes at the oldest steakhouse in Houston. Jason has since moved to open the newly revamped flagship restaurant for the Landry's corporation Willie G's Seafood at The Post Oak. Jason's cooking inspiration is Southwest/Southern driven, stemming from being a proud and native Houstonian. Jason's philosophy is " Just make great food people will love "