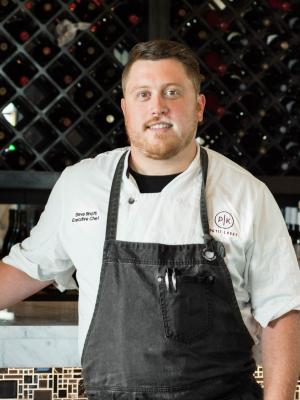 
I grew up just outside of Chicago, and attended Culinary School at Kendall College in Chicago, after graduating I spent the majority of my career in Chicago at David Burkes Primehouse. After that I worked at Virgin Hotels. Once moving to Arkansas I got a job at One Eleven at the Capital, and then as the Sous Chef at Petit and Keet. After about a year I was promoted to the Executive Chef at Petit and Keet and have been there ever since.