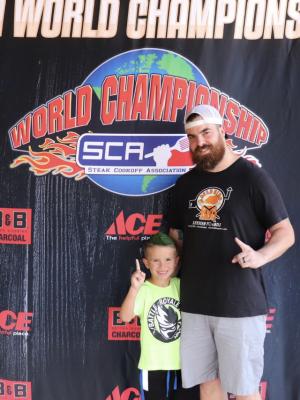 
I've always enjoyed cooking from an early age and I played competitive sports into college. I spent 6 years in the Army and after I got out, I had a good friend introduce me to KCBS bbq competitions. I got a call in pork in my first KCBS competition in 2016 and have been hooked on competing ever since. I tried my first SCA steak competition in April of 2018 at a bbq competition and finished in first place, attended the SCA World Championship and made the final round, so here I am!