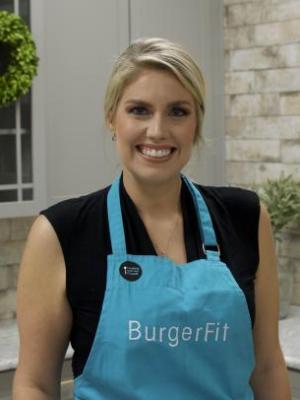 
After deciding to take her health into her own hands to help with weight loss, Alane Boyd began experimenting with different ways to incorporate more vegetables into her diet. However, it wasn't just her that began this dietary change, but her husband and son (and occasionally her dad and brother), by default, were also along for the ride. This posed a challenge as the men in her life were definitely not vegetable eaters! In an attempt to conceal the fact that they were eating vegetables with their meals, Alane carefully devised a plan of mixing pureed vegetables into ground beef, making burgers and cooking and serving them as typical burgers. Without realizing what they were eating, they praised Alane for how good they tasted! Alane knew she had won. Alane then began expanding the types of burgers she made and soon everyone she served them to were raving about how amazing they were. She decided she needed to create a recipe book so that others could experience how easy it to be healthy and eat more vegetables! Before her cookbook was even published, her burgers were already taking the world by storm. In addition to the World Food Championship, Alane has been featured in Cookeville's Home and Garden Show, booked slots with Williams Sonoma, catered events, and book signings post the launch of her cookbook. Alane's own personal journey with weight loss and health is now inspiring others to do the same and she's thrilled that she can now share BurgerFit with the World Food Championships.