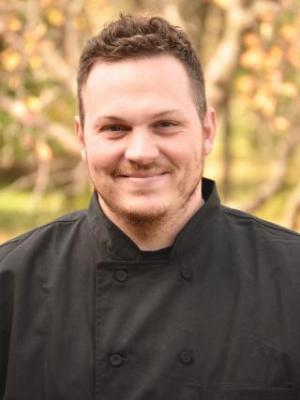 
Chef Charles Plaetz established a love for the culinary arts at a young age. In middle school, he developed a plan highlighting all necessary steps to becoming an Executive Chef. After graduating high school, Charles received his Culinary Arts Degree from Le Cordon Bleu, College of Culinary Arts. After his externship, he was hired at the Edina Country Club. Charles then went on to develop his career at Northfield Golf Club, eventually becoming Executive Chef in 2011. Charles was then the Executive Chef at the Minneapolis Golf Club (St. Louis Park), a position he held for 5 years. He then decided to grow his career and come closer to home and accepted the position of General Manager/Executive Chef at Fielders Choice Tap and Table in Northfield, MN. Recently he has found his passion and took a position at The Moments Memory Care in Lakeville, MN as the Culinary Director. Charles is the 2017 and 2019 winner of the Minnesota Taste of Elegance and the 2016 runner up. He was also a guest at the 2017 Pork Summit at the Culinary Institute of America in St. Helena, CA. Charles resides in Northfield, MN with his wife Heather, as well as their two daughters and son.