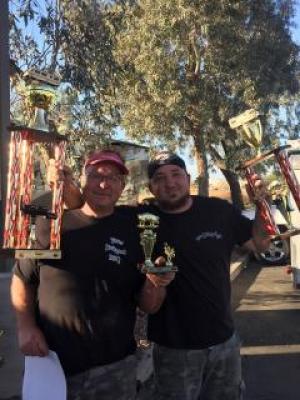 
Jerry Matuszewski, My son and i run a Competition BBQ team called Your Behind BBQ. I was a chef at a restaurant when i was younger, Now my son and i travel around the country on the KCBS competition BBQ circuit.