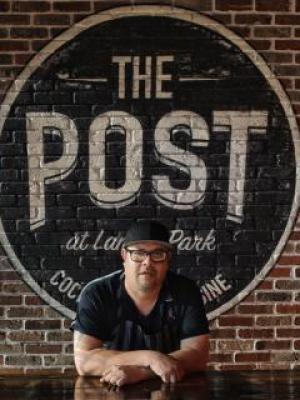 
Chef Robert Flores, Jr., Executive Chef of The Post at Lamar Park Chef Roberto Flores, known among friends as Chef Rob, is a stellar chef with an infectious passion for food of every kind and flavor. His passion and adventurous spirit are what have created a strong following for Chef Rob. He is a current member of Texas Chef Association, as well as American Chef Federation. Chef Rob is native to the Corpus Christi area, and he has acquired over thirty years of culinary experience. His passion for good cuisine and the culinary arts began at the early and impactful age of 10, while he assisted his mother in the kitchen; learning from one of the best. He then continued his training in various local restaurants of South Texas. In 1996, he opened All-Star Catering, Co., which took him to new and higher levels of cooking and culinary creation. From 2008 to present, Chef Rob has been the mastermind behind the scenes of several well-known establishments in Corpus Christi, having created awesome food menus and running beyond successful kitchens. In 2017, Chef Rob became the Executive Chef of The Post at Lamar Park, receiving many awards and accolades for his innovative and fusion forward menu, including but not limited to being recognized in Texas Monthly August 2017 edition, for his burger, “The Heisenburger”, as one of the Best 50 Burgers in Texas.