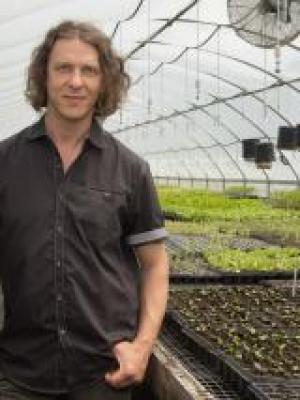 
About Executive Chef Richard Jones: Richard Jones’ journey as a chef has spanned the globe. The culinary adventure began in Adelaide, South Australia, where the multi-cultural diversity of foods, exceptional market gardens and world-class wine regions provided a broad influence to his palate. After 5 years training under Chef Andrew Fielke at Red Ochre Grill, Richard arrived in Nashville where his work helped fuel its burgeoning food scene. Whether exploring the range of American cuisine under Chef Brian Uhl of Sunset Grill or honing his catering skills at Cibo Eurocafe, Richard has brought innovative flavor concepts and fresh ingredient-driven cuisine to the forefront of his work. Richard has also staged with Dale Levitski at Trio, Michael Tuohy at Woodfire Grill and Tyler Brown at Capitol Grill. Richard also developed a personal chef business cooking for many of Nashville's business and celebrity families that provided busy professionals with tailored gourmet meals both at home and work. That successful business led to a position with Dega Tour Catering working with musical acts on the road including Sugarland, Zac Brown Band and U2. In the summer 2012, Richard joined Green Door Gourmet as Executive Chef. This unique position was created to educate consumers, develop recipes to help CSA members better utilize produce, and further the education and encouragement of community supported agriculture in the Middle Tennessee area. Richard is helping change the face of true farm to fork dining in real time with consumers and chefs across the Nashville foodscape.