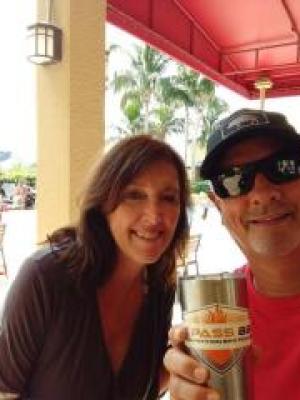 
Michael Jones, Pit Master of Pit Pass BBQ started his BBQ adventure as a backyard team in 2014 with his wife & many friends. Pit Pass quickly turned professional later that year after receiving numerous top 5 & top 10 calls & awards both in the FBA & KCBS, including the 2016 first place steak qualifier for the World Food Championship at Smokin Pig Fest in Lake City, FL.and Finishing 11th overall in the Steak Division at the 2016 World Food Championships that year...2017-18 brought a few Changes to our Competition schedule which included Cooking and Assisting the World Famous Tim Maloy-Backyard Bro's.This is where we learned the Art of Hot & Fast Cooking on Gateway Drums and Timelines. #icp #gatewaydrums. Pit Pass BBQ's First contest this year cooking on Gateway drums gave Us our First Grand Championship in May 2018, Kissimmee BBQ Throwdown And qualifying for the American Royal in which we won 23rd In chicken. Michaels love of food and outdoor grilling has been his driving force in competition BBQ where he has met "MANY" lifelong friends. Smoke on! #hnf #bbq4life