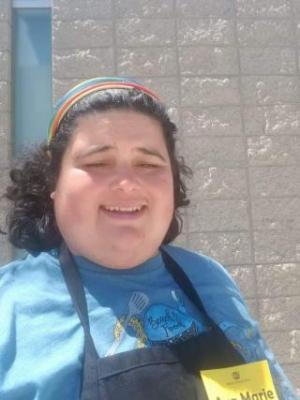 
Hello my name is Chef Ava Marie a food blogger and culinary ambassador of recipes from an autistic chef. I am a recent 2018 world food championship competitor top 29 dessert finalist. I'm back for redemption to finally make the top ten, I was born with autism spectrum and was diagnosed with autism at age 3. I first got into cooking at age 13 and originally wanted to go to a culinary school but ended up in a transition program so I continued learning to cook on my own and at local classes. I won't give up and will keep going as a home chef and competitor and am determined to become a master chef. I started cooking at age 13 and started posting on facebook in 2010 under "Chef Ava Marie". It quickly grew to 135 likes and then went from there to 438 likes and more. In 2011 I graduated from the college transition program and it was time to continue to develop my skills as a cook. I was ready to take on the challenge to cook some awesome recipes beginning in 2012. In 2013 I launched a food blog and "recipes from an autistic chef" was born. In 2014 I met a another food blogger Rebecka Evans at one of her demos and she became my friend and mentor. I learned so much about her work and she liked mine too. We decided to follow each others culinary career. Rebecka moved from California to Texas and we plan to visit each other again at my second WFC competition in 2020.. It is because of Rebecka's encouragement that I decided to become a WFC competitor. I have also competed in local cooking competitions at South San Francisco Parks and Recreation Chili Cook Off competition for the last 5 years. Won 3 honorable mentions. In 2019 I was chosen to compete in the 3nd annual abobo cook off at the famous 7 Mile House in San Francisco. I am a fierce competition so watch out WFC, Chef Ava Marie from South San Francisco will be in town and ready to cook some awesome recipes. Looking forward to competing in Dallas, TX at WFC in 2020. Since the 2018 world food championships I have appeared on KQED check please bay area food show and pardon my fork podcast as a guest on the show. I continue to teach cooking classes virtually during the COVID-19 epidemic and now a weekly guest contributior for everything south city eats and cooks column.