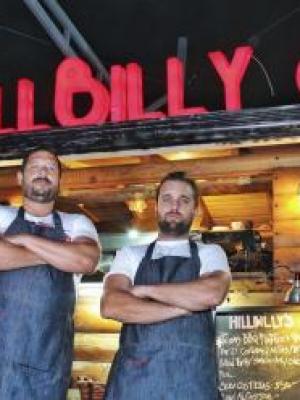 
Hillbilly´s est. 2016 by its owners Carlos Gil and James Perez is a Foodtruck built from the ground up with hard work and the love for the low & slow BBQ style cooking. Their flag dish is spare ribs it´s what´s taken them to a series of fairs and competitions winning them prizes, popularity and distinction in the Dominican food scene, Burgers were allways taken serious as well by foodies and food bloggers so it was taken into consideration as a strong contender once " The Mayo Burger Tour" ( largest Burger competition in the Dominican Republic) was opened, surely enough it won its place into the World Food Championships first round, in which They will give their best.