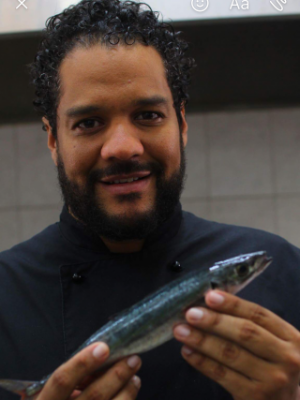 
2005-2006- I travelled to Germany where I attended a training course to be a cook. 2006 -2009- I moved to Portugal to study Nouvelle Cuisine in the " Escola de Hotelaria e Turismo de Mirandela".During this period I worked as a trainee in Sheraton Hotel in Porto and "Torre Praia Hotel" on Madeira Island. 2009 - 2012- I worked as a sub-chef in "Hotel Axis" in Porto . 2012- I was invited to organize the cooking department in the opening of "Hotel Huambo" in Angola , where I stayed for 3 months. 2012 - Back to Cabo Verde, I opened my own restaurant, "Palm , Alimentaçao e Catering,Lda " in Mindelo, my hometown.