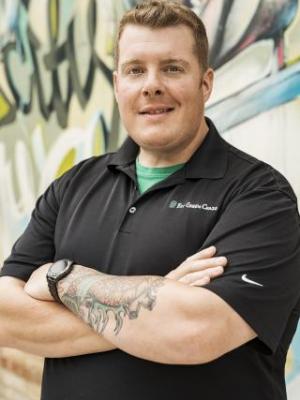 
Craig is a chef playing the role of a backyard BBQ warrior. His slogan, 'there isn't anything I won't grill' is a dead-on representation of how he approaches outdoor cooking. Craig has mastered the BBQ staples such as pork shoulder, brisket and ribs, but his skill and commitment to all foods coal-fired extends to chef-inspired dishes such as Beef Wellington, Paella and sushi. Yes, he has made grilled sushi before! Craig is an equal opportunity griller. He owns five Big Green Eggs, a Kamado Joe, a Flo Kamado, a Rec Tec Pellet smoker and the classic backyard staple, a Weber Kettle. With that said, his true passion is cooking on the Big Green Egg, the reason for his internationally-known moniker. Craig has won the national Big Green Egg festival's top honor (Eggtoberfest's People's Choice Award) in back-to-back years. Craig can be found on the web at BigGreenCraig.com, on numerous BBQ forums under the handle BigGreenCraig or on Instagram under CraigTabor where 59,000+ followers drool with each daily upload from the grillmaster himself.