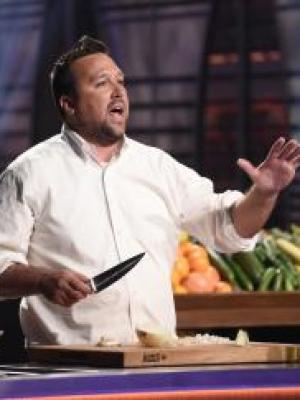 
Cooper is a former college football player, a political consultant, an award winning competition BBQ pitmaster, a private chef to celebrities, athletes & politicians, and a father of four amazing children. Whether it was competing on the gridiron, competing in state and national elections or competing on Season 8 of Fox’s MasterChef, Cooper always strives for perfection. As a member of the Swinos competition BBQ team, Cooper has competed and won awards in numerous BBQ championships, including 1st place anything but pork – exotic division at the World Championship Barbeque Cooking Contest at Memphis in May. His love of competition inspires his passion for creating elevated and innovative dishes featuring upscale BBQ and fresh seafood. Fresh, clean ingredients are the keys to Cooper’s signature cooking style and contribute to his “layers and layers of flavor.” Always the life of the party, you can be sure to hear his signature “Pow! Pow!” as he puts his heart and soul into his cooking. Cooper aims to share his innovative cooking “methods” with fellow backyard and home cooks across the country. And while his methods may be unique, the results speak for themselves.