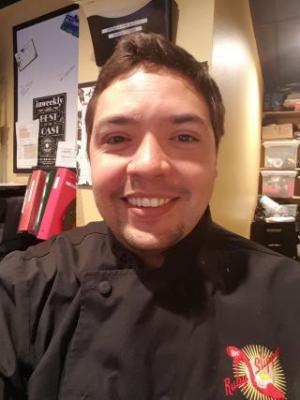 
I started working in kitchens right after college. At that time, I had moved to Miami, Florida and met a chef named Chris Lukic who took me under his wing. I worked with him for a year until I moved to Orlando, Florida where I was a Sous Chef under Chef Jay Heinz, at Fifi\'s and Graze. I moved to Kansas City and was a kitchen manager for 2 restaurants, Stone Canyon Co. and Lucky Strike Lanes and Lounge. I\'ve been in Pensacola about 6 years and was Sous Chef for Jaco\'s Bayfront Bar and Grill. I worked as Lead Line Cook for The Grand Marlin then Kitchen Manager for Red Fish Blue Fish on Pensacola Beach. Currently I\'m the Sr. Kitchen Manager and Interim GM for The Ruby Slipper Cafe Orange Beach.