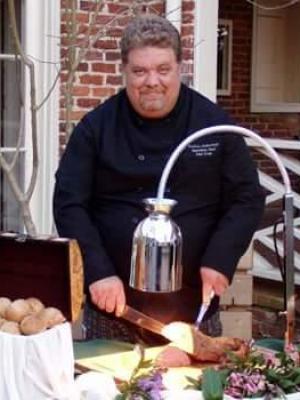 
Started in High School working at S & W Seafood Company as a bus boy and food runner and decided I wanted to work in the kitchen and started with hush puppies and french fries followed by learning all aspects of the kitchen including butchering of meats, fish and seafood. Went to Capitol City Club for my Apprenticeship and returned to S & W few years later after working in different restaurants including Houston\\\'s Corporate Openings. Worked all over the Gulf Coast and was a co owner of an American Bistro Style Restaurant in Mobile called Charmax and another Restaurant Gracious Gatherings Chef Express in Cumming, Georgia. Co-owner of Gracious Gatherings Catering and Event Planning and also currently working with Atlanta Culinary Exchange as Culinary Director. Have been a part of Creative Life which is a program to help youth, economically challenged and welfare recipients to become self sufficient by teaching them basic life and culinary skills through classroom and apprenticeship. My life passion is to help people who have had issues with drug, alcohol and other recovery issues.