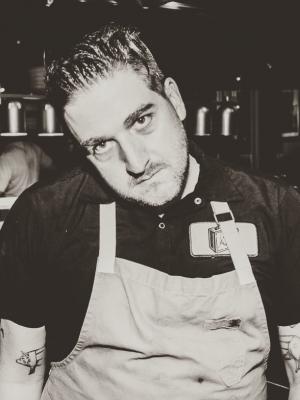 
Florida native, Chef Brian Cartenuto is the owner and creator of Tucker Duke’s (Niceville, Deerfield Beach, Boca Raton, FL and a food truck) Executive Chef & Owner of Joey’s Italian Grill and has recently opened his newest venture, Brass Rooster Public House, a Florida Gastro-Pub. His philosophy on food is one of refined simplicity. Use local, seasonal and sustainable ingredients as often as possible to create unexpected twists on comfort foods. Chef Brian believes that food has the power to create and invoke memories and that is precisely what he has set out to do. Along with the arsenal of successful restaurants Chef Brian currently operates, he also has a rather impressive culinary resume ranging from his schooling at Johnson & Wales University to a number of top tier Executive Chef Positions at restaurants such as Anthony Bourdain’s Brasserie Les Halles, NYC & Miami, FL and Dean & Deluca in Washington D.C. Chef Brian is a Florida favorite, winning a number of awards across the state for his craft burgers at Tucker Duke’s Lunchbox. He has also appeared on Food Network’s Cutthroat Kitchen not once, but twice. He was a season 1 winner and was invited back to participate in another battle of wits in March 2014 with other previous winners, where he again prevailed. Most recently he appear on Beat Bobby Flay, Season 5, Stars & Stripes. With Tucker Duke’s Lunchbox locations a food truck thriving, Joey’s Italian Grill feeding his favorite hometown locals, the beginnings of another sure to be Florida favorite, Brass Rooster Public House, and a few new concepts on the horizon. This is Chef Brian's second time at world food championship in the burger competition