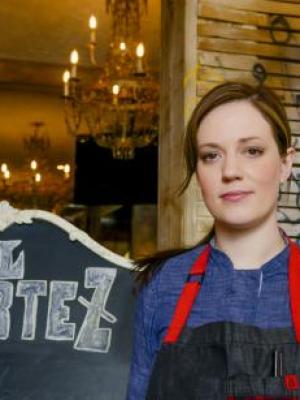 
I began in the culinary world straight out of high school at eighteen going into the culinary program at N.A.I.T. After two years of schooling and competing in some in school competitions I took a job at the River House Grill in St. Albert, AB. learning cold side and salads. From there I took a job at the River Cree Resort and Casino at the Enoch Reserve in Alberta. I began in the banquet section and soon moved to the fine dining restaurant, Sage. After two years at the resort I took chef de partie position at the Fantasyland Hotel and soon moved onto a sous chef position. While at the Fantasyland I competed in various competitions such as the chaines des rotisseurs junior commis competition and the ccfcc chef challenge and Gold Medal Plates with Executive Chef Shane Chartrand. After four years at the Fantasyland I took an Executive Chef position at Mercers Catering. During my two years there I competed in Gold Medal Plates placing third with a bronze medal. I have recently been given the opportunity of the Executive Chef position at El Cortez Mexican Kitchen and Cantina where after a culinary inspirational trip to Los Angeles with the owners of the restaurant I created a Mexican Californian inspired menu.