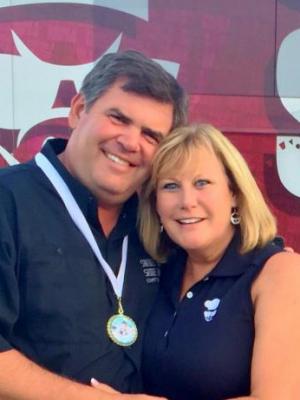 
Swine & Shine began in January of 2014 after being given our first contest registration as a Christmas gift. We had talked for years about forming a team, but it never came to fruition. Our children and their spouses registered us, gave us a gift basket of supplies and took of days from work to come be a part of the team. They were unaware of the "backyard division" so we competed from the get-go as a pro team. Many dollars later (a class in Memphis, a trailer, 2 smokers, plus numerous supplies) we competed in our first comp and did not come in last or get dq"d! Fast forward and we are obsessed with not only competing but enjoying our fantastic BBQ friends that have become our weekend family.