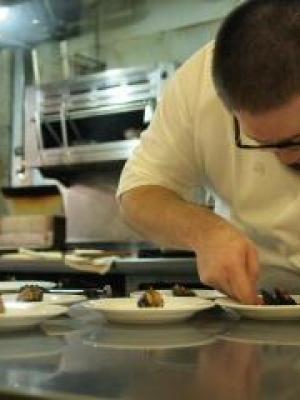 
Growing up as a kid helping my mother and father cook i knew early on that i had a passion for cooking. Graduating from culinary school in 2005 my culinary career took off from working in the trenches at Lark Creek Inn to working with my mentors Chef Jason Hoffman & Chef Justin Close at the Michelin recommended Kitchen 868. In 2007 I moved down to Dana Point, CA which l worked at Cafe Mezzaluna as Executive Chef. Moving Back up to Petaluma, CA in 2009 I had the great opportunity of helping open TAPS Restaurant & Tap room where throughout the last six years i have worked as Executive chef. Cheers!!!