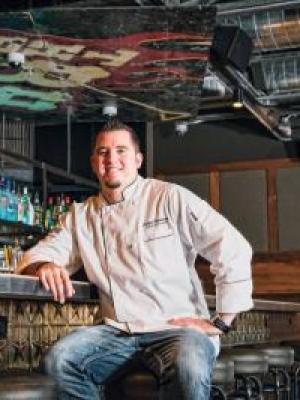 
My name is Robert Henderson, I was born and raised in Las Vegas, NV. All I have ever done is work in the restaurant business since I was 15. I attended the College of Southern Nevada for both Culinary and Food and Beverage training. I began my chef career at Stack Restaurant and Bar, a Light Group venue as a sous chef after being a line cook and master cook there for about 2 years. After Stack, I became the executive chef for Herbs & Rye, a whole in the wall classic cocktail lounge and steak house. I am currently the executive chef for Bunkhouse Downtown a Downtown Project venue. It is a honor and privilege to represent Bunkhouse and DTP in this competition.