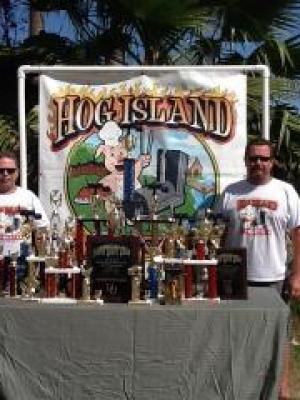 
Hog Island Pitmasters have been competing in the California BBQ circuit for two years. In 2013 we have been one of the most competitive teams on the west coast. Team members John Hendrickson, Gary Leonis and Sonny Thompson