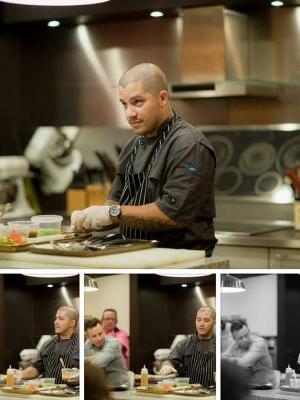 
Entering culinary school with a career I looked forward to I looked around me and quickly realized I needed to be working in the industry. 2nd quarter into school I landed two jobs in 1 week. I helped open up the "Hilton Oceanfront" and was a prep cook at "The Four Seasons Aviara." I worked them both while attending school with a high gpa. 1 year later I found myself looking to move into another kitchen. I was hired, trained, and opened up "Cucina Enoteca." I found myself volunteering what little free time I had with local Chefs outside of work and school. I then moved on to "Juniper and Ivy" and opened them up. Shortly after found myself Sous Chef at "Comun kitchen and Tavern" also a brand new restaurant. Opening up restaurants has grown to be a passion and look forward to opening up and consulting with many in the future. I have a mobile business which is called "Killa Dogs" @eatkilladogs with my business partner RaShann Chambliss and a Noodle house concept I am working on called "Ronin".