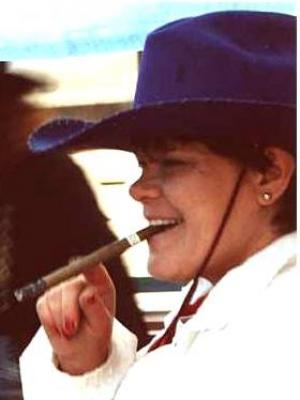 
I have been cooking on the Tolbert chili circuit for 33 years, literally all over Central Texas, and that's a good deal since I'm the Webmaster for a very active collection of competitive chili cooks - the Central Texas Tolbert Chili Group. They put on over 30 cook-offs annually. All for charity. I personally participate in about 15 cook-offs a year, continually tweeking and fine-tuning the perfect bowl of red, which just happens to be called Dead Boot Chili. And, with a moniker like that, entering showmanship has always been a given, and I've won my share of trophies over the years, most notably 1st Place Unlimited Show in Terlingua 2012 at the Original Terlingua International Chili Championship, aka Behind the Store. The 2013-2014 season has been particularly good for me, with two major 1st Place Chili wins, and now I've got my hat set for the big three: Tolbert Ladies State of Texas Chili Championship, the upcoming 48th Behind the Store, and then Las Vegas! It's always a crap shoot, but with luck I might just need to ask Santa for a bigger tiara.