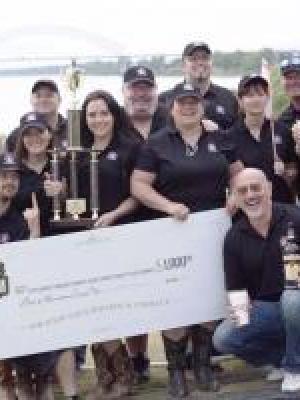 
TEAM CANADA BBQ received our official status as the Canadian National BBQ Team from the Consul General of Canada last year while the team was in Vegas at the 2013 WFC. How fitting the team is now in Vegas competing for a world title in the BBQ Division. While still under a year old at our first event we received the 1st Place Trophy for, BEST BBQ SAUCE (tomato) at the 2014 Memphis in May World Championship Cooking Contest. For the WFC BBQ division, Team Canada BBQ's Head Cook is Shawn Danko from the Kooky Canuck and is joined this year by Jason Savage of Barbacoa BBQ, last year's World Food Champion Best BBQ Side Dish for his BBQ beans. Our other Team Canada members will be there to support the team and do those late night Whole Food Shopping runs M.