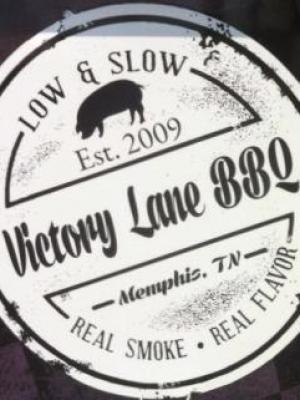 
Victory Lane BBQ was founded in 2008 by Doug Golden and several individuals who all had a major passion for BBQ and southern hospitality! In the years that followed, a few BBQ competitions and tailgating at college football games were the highlights for us. In 2013, after several meetings over drinks we decided to form the dream team of BBQ, which meant adding a few new, highly competitive and talented team members!! Being led by Pitmaster Heath Riles, Chris Neeley, and Norm LaChapelle, we started the 2013 cooking season by building a new competition BBQ trailer loaded with 2 Backwoods Whole Hog Smokers and an Old Hickory Ace. Our first competition including new team members and the new trailer, we won 1st place whole hog, 3rd place shoulder, 4th place rib and 1st place sauce. Our success as a team has continued throughout the 2013 season and we are currently ranked number two in points on the Memphis BBQ Network circuit. We look forward to bringing our combined 60+ years of experience to Vegas! VLBBQ Team Members: Heath & Candace Riles, Doug Golden, Jennifer Fristick, Norm & Angie LaChapelle, Chris Neeley, David Lookadoo, Jan Logan, Tracy Beaver, Kenny & Samantha Jefferson, Geoff & Shelia Maynard, Brian Teeters, Jennifer Luther