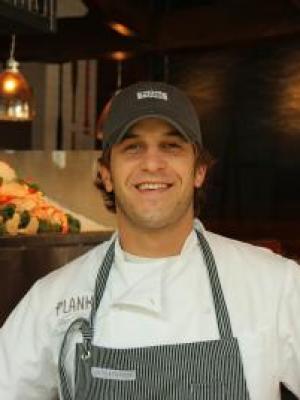 
Chef Matthew Moser was born and raised in Omaha, NE and developed a passion for food and cooking at a young age. After graduating in 2005 from Western Culinary Institute in Portland, OR, Chef Moser moved back to Omaha where he worked at the nationally recognized French Café. It was here that Chef Moser refined his traditional French techniques and was quickly promoted to Sous Chef. To further advance his culinary knowledge, Chef Moser accepted a position at V Mertz, a contemporary fine dining restaurant in Omaha. Under the guidance of Chef Kyle Anderson, a protégé of Chefs Daniel Boulud and Charlie Trotter, he acquired a passion for farm-to-table ingredients that still strongly influences his menus today. Chef Moser joined Omaha based Flagship restaurant group as Executive Chef at Blue Sushi Sake Grill in 2009. He has successfully opened their two newest additions to the restaurant group in Fort Worth, TX and Denver, CO. He is currently Executive Chef at Flagship's latest concept in Omaha, Plank Seafood Provisions.