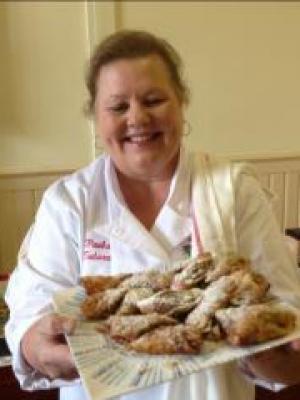 
Paula is an insurance professional who finds cooking as the creative outlet that she needs in life. Her very first contest entry paid off as she won Kraft's Real Women of Philadelphia Season 2 Appetizer host position that gave her a taste (pun intended!) of what the competitive cooking world had to offer. As the 2013 winner of Bob's Red Mill "Spar for the Spurtle" she's more than excited to be in this contest in the company of fellow foodies and friends, making every moment in life count. She'll be off to Scotland to defend the Golden Spurtle, representing Bob's Red Mill and the United States in the World Porridge Making Championship. As an avid food blogger, Paula and Rusty Spatula both quip, "so what if you're a little rusty in the kitchen?" Her motto is "Do what you can, with what you have, where you are" ~ Theodore Roosevelt