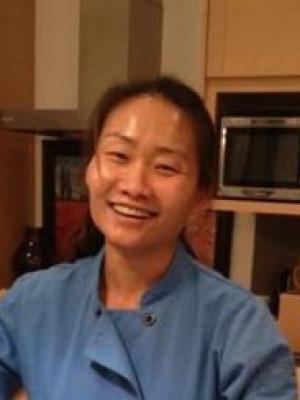 
Growthing up I watched my mother cook for a family of nine. She would make everything from scratch without using any recipes. That's where I got my love for cooking. We immigrated to the U.S. from Taiwan when I was 10 years old. Throughout my teenage years, my mom had a small Chinese restaurant where I spent a lot of time working there. While I was going college, I had a waitressing job at a fine dining French restaurant where I first learned about western cuisines. Over the years, I have experimented on my family with my creations on many occasions. Then I decided to take on something that I had never been exposed before, baking. I begin to bake by trial and error, especially living in a high altitude country in New Mexico. My passion for making cakes and desserts grew as I became more confident with the success. My first competition was at 2012 Southwest Chocolate and Coffee festival where I took 2nd place best chocolate baker. I entered in the same competition for 2013 and took 1st place best chocolate baker title.