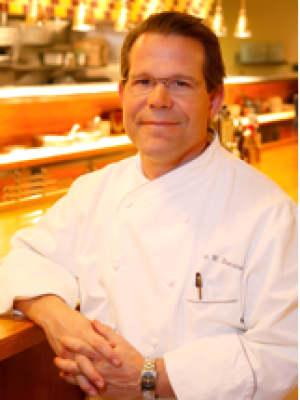 
Mark Sherline joined the Golden Nugget Hotel and Casino team as the Director of Culinary Operations in April 2013. His years of experience, coupled with his lifelong passion for food, have allowed him to bring unique culinary ideas to the Golden Nugget, downtown Las Vegas’ only AAA four diamond resort. By doing so, he continues to update the current culinary offerings in each of the dining venues and elicit rave guest reviews. Prior to working at the Golden Nugget, Mark was the Executive Chef at the Red Rock Hotel, Casino & Spa located in Summerlin. From 2005 – 2011, Mark was with the Hard Rock Hotel and Casino, a Morgan’s Hotel, as the Executive Chef. A graduate of the prestigious Culinary Institute of America, Mark Sherline began his career at the Drake Hotel in Chicago. After two years at the Drake, Mark’s friend and mentor, Leo Waldmeier, sent him overseas to Basel, Switzerland and Vienna, Austria where he worked over the next four years in some of the finest gourmet dining rooms in Europe.When he returned to the United States he moved to New York City working at “Windows on the World” on the 107th floor of the World Trade Center. While at Windows on the World he was in charge of the main restaurant and “Cellar in the Sky.” Mark’s next move took him to the Islands of Trinidad and Tobago in the far West Indies where for the next two years he was Executive Chef at the Trinidad Hilton Resort & Conference Center. Mark then returned to New York City to join the famous “Rainbow Room” at Rockefeller Center. Three years later, Mark moved west to Las Vegas to work as the assistant Executive Chef at the Desert Inn. In January of 2000, Mark joined the Aladdin Hotel and Casino, a 2,700 room resort casino, as the pre-opening Executive Chef. While working at the Aladdin, Mark was in charge of all back of house operations. His menu’s emphasized quality, simplicity and flavor.