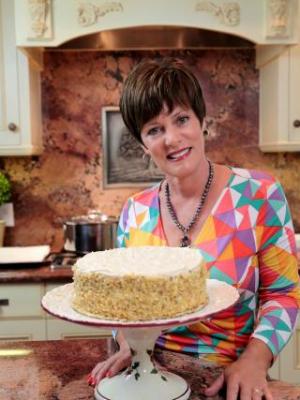 
Laurie Figone is a self-described cook-a-holic. Growing up in beautiful Sonoma County has afforded a bounty of incredible local ingredients to cook with. With bushels of sustainably-raised farm-fresh produce, bountiful grass-fed meats, beautiful locally-made cheeses, and free-range chickens that lay eggs with the yolks the color of sunshine--it's no wonder Laurie is hooked on cooking!! Laurie rarely uses recipes; instead, the freshest ingredients inspire her efforts in the kitchen. Laurie generously feeds the fruits of her labor to friends and family, and she also makes regular TV appearances (in addition to recently appearing on the TODAY Show Burger Battle in New York, and the local FOX station, Laurie also has a cooking show that airs in her hometown of Petaluma-'Cooking with Laurie'). Lucky for us, Laurie is a natural on-camera talent, and happily shares her award-winning cooking with the world. www.LauriesFood.com