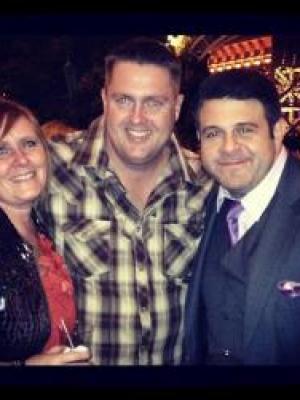 
The Porketeers are a dynamic competition BBQ team. This is the start of our fourth year competing and we have been doing very well. Our first competition was in Havasu where we placed third in the Pork category. We have been making our mark in the BBQ circuit ever since. We competed in the KCBS International competition in Mexico and placed first in the Brisket category. We have had many other top 10 walks competing in California and Arizona. We truly enjoy the BBQ competition circuit. We have met so many great people and have made many friends. You can now find us roaming the streets of San Diego in our Porketeers Food truck. You can check us out at www.Porketeers.com and follow us on Twitter:@Porketeers. Dennis, AKA BBQMaster, has been in the restaurant business all of his life and has a BBQ food truck. Check out our website at www.Porketeers.com. BBQ is his passion and he even went on a self-guided BBQ tour of Texas (if you ask him he may show you the tattoo). Sherry met BBQMaster on MySpace and was convinced by her friends to accept his friend request after seeing all of the yummy pictures of BBQ on his page. They have now married and are a happy BBQing couple.