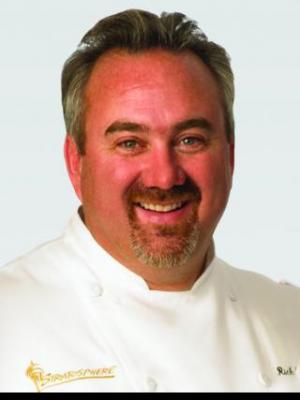 Now I serve as the Executive Chef of the Stratosphere Hotel and Casino, BOH staff in excess of 150. 6-8 full service food & beverage outlets seasonally