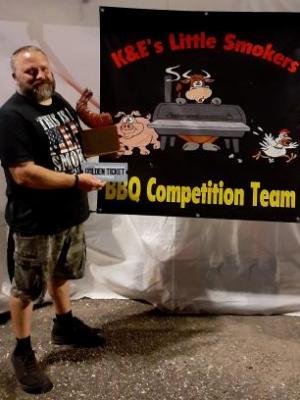 
Originally from Panama City Florida I started my career as an executive chef on the beach working with fresh seafood for 15 years before I became a corporate Italian chef for BDI based out of Columbus Ohio. I began traveling the country opening over 25 restaurants in my career until I settled back in Central Florida where I opened my own restaurant about 10 minutes from Disney. I successfully owned and operated this restaurant for 10 years. After I sold the restaurant 4 years ago I began doing professional BBQ competitions for both KCBS and FBA. Me and my wife currently own and operate an Italian contract only food truck and barbecue competition team. I have been competing since the early 90s in every category available.