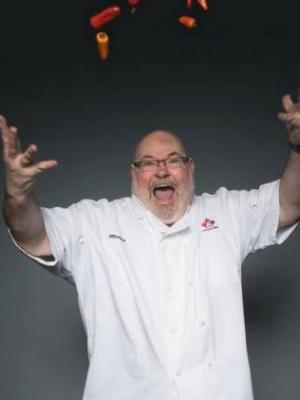 
Mike Callaghan, 2017 World Recipe Champion and International Pitmaster, from Strathroy Ontario Canada. In addition to being one of the few competitors to top ten for 6 years, Mike is one of the very few competitors to score a perfect 100 at the WFC for the signature dish in Recipe. From appearing in food competition episodes to being a Food Network Personality, Mike’s range in the foodsport industry is boundless. His character and personality is exemplified by the camera and his passion for cooking is conveyed to all ages, making Mike one of the most entertaining foodsport competitors. In 2020 Mike and his Spouse Barbara opened a 12,000 sq foot B&B named The Chefs Estate. Its boast a 2,000 sq foot commercial interactive kitchen where Foodies can come to play, stay and eat.