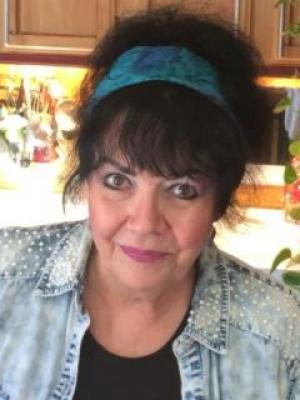 
It’s #WFC2022, and I’m back in the Burger Category for my 9th year competing at #WorldFoodChampionships! I began competing in both online contests and cook off competitions in 2010 after a long career as the Advertising, Marketing and PR Director for Oklahoma’s first Pari-Mutuel Race Track, then switching to become the Art Director for a Sign Company, designing everything from yard signs to Billboards and Vehicle Wraps. After my first National Cook Off competition that year, I discovered that I was very competitive in the kitchen arena have never looked back after that! I’ve been honored to place in the WFC Top 10 categories 4 times, for World Recipe in 2014 and placed 2nd-In-The-World in WFC Burger category in 2015. I won the WFC Taste of America Oklahoma state division in 2018, finishing 8th-In-The-World in Chili, and 2nd again in WFC Burger 2021 by a very narrow margin to winning! My World Food Championships journey began in 2013 winning the WFC qualifier “OKC Bull Burger Battle” for both Pros and home cooks, and a Bull Outdoor sponsorship to the World Food Championship in Vegas and bragging rights as the 1st female home cook to win a Bull Burger competition! When the WFC 2020 Cook Off was canceled, WFC offered a Virtual Online Competition and I added another Win to my belt as the winner of the 2020 WFC Virtual Food Sport Brunch Category Competition with my CHEESY BRICK POUTINE with RED EYE SAUSAGE GRAVY & CHEESY GREEN CHILI SCRAMBLED EGGS & MEXICAN CREMA-COFFEE AIOLI and a Bonus Cattle Dog Cocktail. I've won many other cooking competitions over the years, including the National Strut Your Duck Contest in both 2013 and 2015, and being winner, placing and finalist in many other contests since 2010 and have won some fabulous prizes and cash awards along the way. I feel honored and proud to be included in this huge arena of #FoodChamps competing with both Home Cooks and the Pro’s from all over the World, as we once again go head-to-head to grab that brass ring!