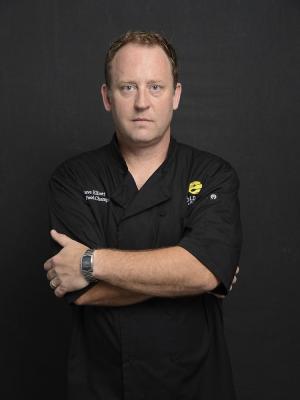 
Dave Elliott is a competition chef from Olathe, KS. Originally from Minneapolis, he later moved to Kansas City where he found his love of bbq and outdoor cooking. Although he specialize's in outdoor cooking, he has competed in the Dessert, Pasta, Burger and Steak categories at the World Food Championships, and in 2021 he will again be competing in the Steak category. In 2013, his team finished 2nd in Dessert (and then became the 2013 World Food Champion!), and in 2014 finished 8th in Pasta. He has won several bbq contests and has received over 150 awards. At the American Royal World Series of Barbecue, he has received two perfect scores of 180 in the Dessert category! He has appeared on national television, and on local stations across the country.