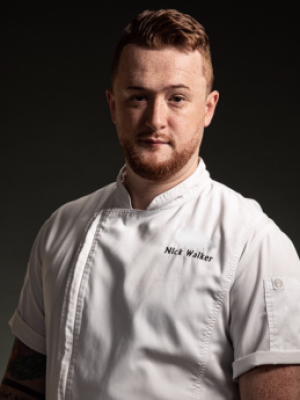 
Nick Walker’s introduction to the world of culinary arts began in Ohio at an early age while attending high school at Lorain County JVS Culinary Institute. Upon graduating from culinary school at Johnson & Wales University, Walker went on to hone his skills and points of view on regional cooking in several hotel properties throughout Ohio, North Carolina, California, Texas and most recently Miami, where he held several executive sous chef positions at notable restaurants and hotel venues including The Mondrian Hotel and The Bazaar by Jose Andres at the SLS Hotel in South Beach. In Dallas, his home base for the past six years, Walker continued his experience as chef de cuisine at the acclaimed Rosewood Mansion on Turtle Creek, and The Joule hotel, as the Executive Chef, overseeing CBD Provisions and Americano restaurants. Most recently he was the Executive Chef for the Virgin Hotel in Design District where he concepted and opened the 250+ room hotel with multiple restaurants. Since the Covid Pandemic, he has parted ways with Virgin and formed Irreverent Concepts. We specialize in small event catering for private in home dinners, office events, and video demos/live cooking classes.