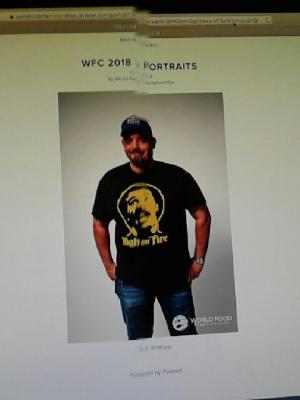 
David Molina (chef and partner) began his cooking career 20 years ago with Blue Water Grill in St. Louis and later helped open the restaurant's successful Kirkwood location. After establishing himself in St. Louis, Chef Molina moved south, to Nashville, where he honed his craft at Bound'ry, developing his skill in global cuisine, before returning to St. Louis to open Figaro, a French/Italian concept, and BARcelona, a Spanish-inspired tapas restaurant. The success of that inspired David and his partners to open a second BARcelona, in Indianapolis, Indiana, as the first Spanish-style tapas restaurant in the city. Residents embraced the concept, and BARcelona was recognized as the "best new restaurant. David returned to St. Louis in 2009 and three years later helped open the first Sugarfire Smokehouse location. Since 2012 he has become a partner at Sugarfire and an integral part of the team. His leadership, operational knowledge, and culinary prowess make him an important part of Sugarfire's concept and overall success.