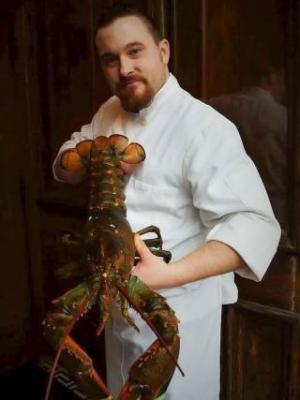 
Chef John Worthington began exploring his culinary passions at the young age of 14. Upon graduating high school, John attended the Culinary Institute of Charleston in Charleston, South Carolina, where he resided for the next 4 years. During his time in Charleston, John began his career under the guidance of many esteemed chefs. After gaining 4 years of experience, John relocated to Greenville, South Carolina, and entered the role of executive chef at a renowned steakhouse, which he did with much success for 2 years. In 2014, John decided to move back to his hometown of Newberry, South Carolina, and, upon his return, became executive chef of Figaro Dining Room and the Figaro Hospitality Group where he continues to serve today. Having grown up in a rural area with an emphasis on farm-to-table practices, John has a special interest in working with Heirloom ingredients in a modern style. While maintaining the beliefs of classical food, John looks to create meals that incorporate natural ingredients of the harvest and the hunt. A traditional southern upbringing infused with culinary experience under a diverse range of experienced chefs, John’s culinary style is both unique in practice and presentation, and he looks forward to showcasing so moving forward in his career.