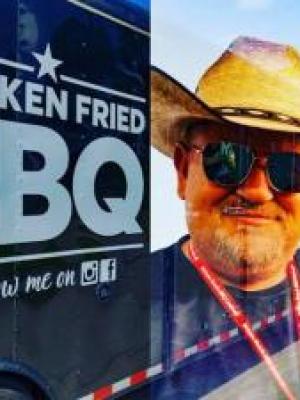 
After his initial exposure to competition BBQ at the Houston Livestock Show and Rodeo, it wasn’t long before Bill started helping one of his friends cook on his competition team. Competitive by nature, it didn’t take very long for Bill to develop the itch. At his first contest on his own in 2019 he landed 1st in ribs and was Reserve Grand Champion at the event. Since then, Bill has competed in 53 contests, has won 5 Grand Champions, 7 Reserve Grand Champions, and 39 top 10 finishes. Recently, Bill's love for competition BBQ has led him to team up with some of the best cooks in Texas to form the new sanction body, Champions Barbecue Alliance, where he serves as Operations Director.