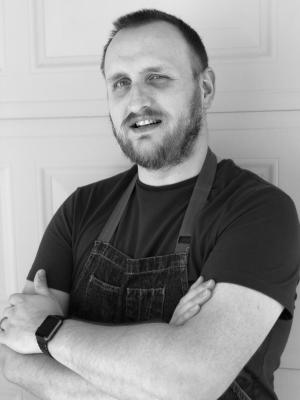 
I trained at Le Cordon Bleu in Minneapolis following high school, interned at Im Schiffchen in Düsseldorf, Germany (which held 3 Michelin stars at that time), and still operate the catering company I established shortly after returning to the US. At this time, I also went back to school and studied accounting. After receiving my Bachelors of Science, I began working full-time as a financial analyst. However, during this time, I have continued to cater, hone my skills, expand my knowledge, work on new techniques, and develop recipes. I moved to Arizona over six years ago, and it has opened up a whole new world of understanding traditional Mexican cooking and its enormous flavors. I have had the opportunity to cater to a broad audience, from church volunteers and staff to touring musicians, including a Grammy award winner, and also a former President of the United States. I also start each day with a cup of coffee that I roasted myself; I've been roasting my own coffee for about seven years now.